Jim Jones and Freekey Zekey had something to say about 50 Cent jumping on IG last month and suggesting Jones was a snitch like Tekashi 6ix9ine.

On The Breakfast Club this week, Jones threatened there would "consequences and repercussions" for Fif making the out of pocket implication.

50 heard the chatter and he just sarcastically dismissed it, including his old rival Ja Rule in his video troll of the Diplomats.

Do you think there is any real fear beneath 50's jokes?

Here's the deleted IG post that started it all: 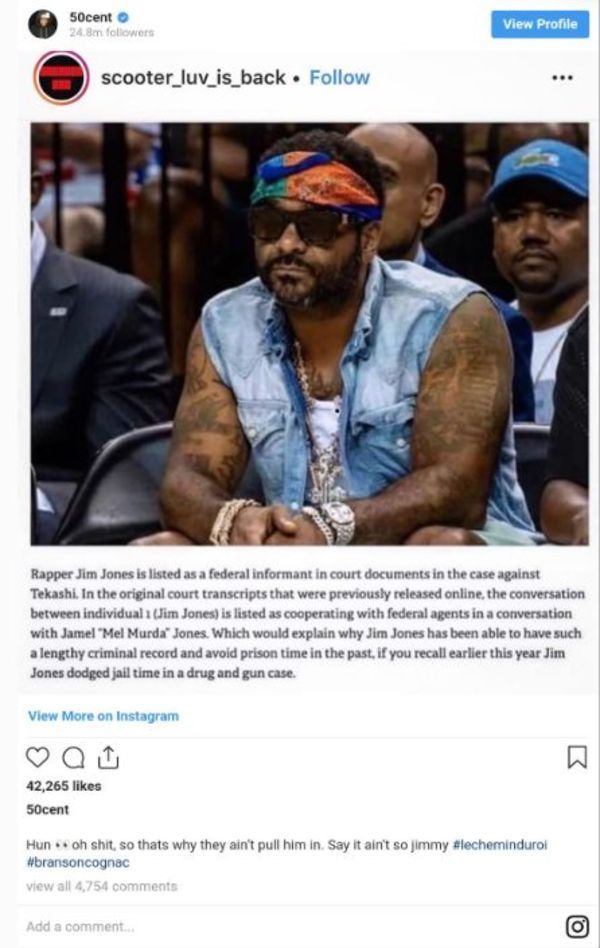