Yung Miami Speaks On Whether Diddy Caused Her Breakdown

Like many of her contemporaries, Yung Miami is quick to tell the world she's feeling blue. 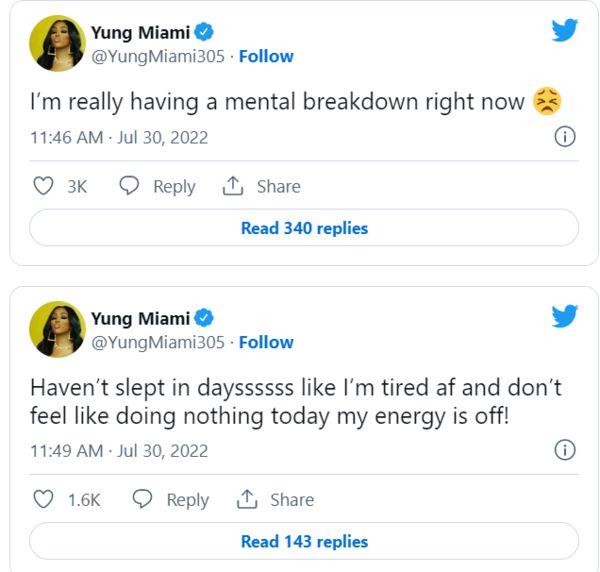 "I’m really having a mental breakdown right now," she typed last week, adding she hasn't been able to sleep in days.

There was then widespread speculation that Diddy, who Miami has been dating, made her blue.  He had just been caught on tape with his sidepiece, afterall.

The City Girl pushed back on that:

But it's OK otherwise, we guess.

Future Has Sold His Publishing Catalog a week ago / News