Usher And Rich The Kid Robbed In Broad Daylight

Right after flossing a stack of cash on Instagram, Rich The Kid was attacked and robbed in broad daylight at a West Hollywood recording studio.

Usher was also at the studio and was relieved of his cash and jewelry. Multiple entourage members were also robbed, and a security guard was badly pistol-whipped. Nobody else was seriously injured

Up to ten shots were fired during the incident. Witnesses say they came from a man running away from the scene after the robbery.

It's the second time this year that Rich has been robbed. He was a victim of a violent home invasion last summer.

Here's the IG post from earlier today that may have done Rich and Usher in: 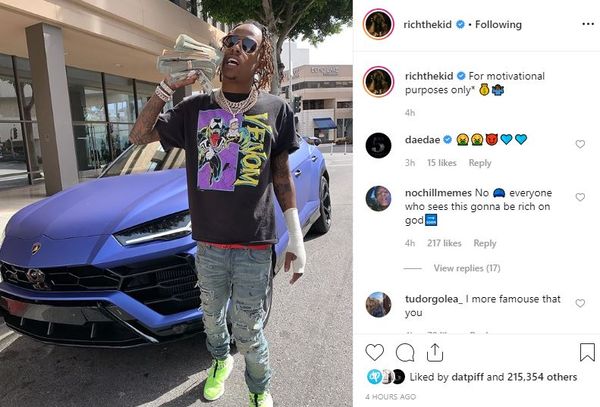