While Tekashi 6ix9ine will be under house arrest until August 2, he has no restrictions on his Internet use.

In his first comment since he got out of Federal prison earlier this week, the troll king made light of a reputation as a snitch while weighing in an article about Los Angeles Mayor Eric Garcetti offering rewards to those who snitch on business that violates the city's stay-at-home order. 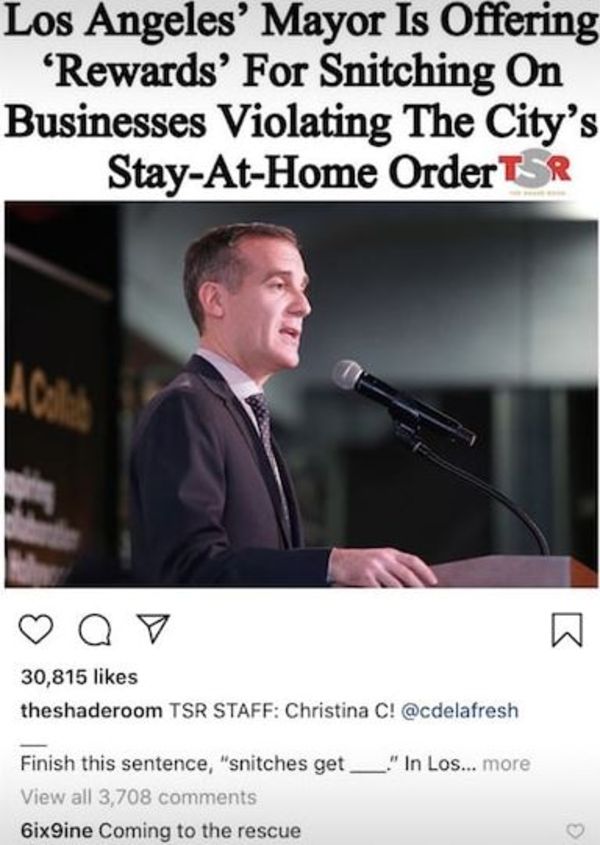 "Coming to the rescue," 6ix9ine typed.

6ix9ine was let out four months early because COVID-19 poses a particular risk to him as an asthma sufferer.

Tekashi had been in the midst of a two-year sentence that was handed down to him after he pleaded guilty and testified for the governments in the Feds sprawling case against the Nine Treys.

He is expected to work on his music during his house arrest and will drop an English and Spanish language album.