During Snoop Dogg's Red Table Talk interview with Jada Pinkett Smith and family, he discussed his use of words like bitch, hoe, and n*gga.  At first, Snoop tried to argue he only still uses them in old songs at shows because that's what the audience wants.

However, when the Smith women confronted him with his last album, Snoop admitted it was just a hard habit to break.

Then he brought 2Pac into it.

Please tell me this sucka #SnoopDogg didnt just throw #Tupac under the bus? I can't believe this sucka randomly just threw Tupac name in a conversation he had nothing to do with! #RedTableTalk

"Even me and Pac got into it because he was like, he wanted me to stay gangsta.  I was like, cuz, I got a baby on the way, I just beat a murder case, I have a lot to live for. He had no kids."

Jada, who was good friends with Pac, then added that she used to get into with Pac over his use of "bitch" and "hoe." Snoop quickly agreed with Jada that the argument Pac made for justifying us of the words "made no sense."

Finally, Snoop connected it all to why he was wrong to lash out at Gayle King as a "funky headed bitch" over her bringing up Kobe Bryant's alleged rape.

Is Snoop a hoe for bringing 2Pac into his Gayle King apology? 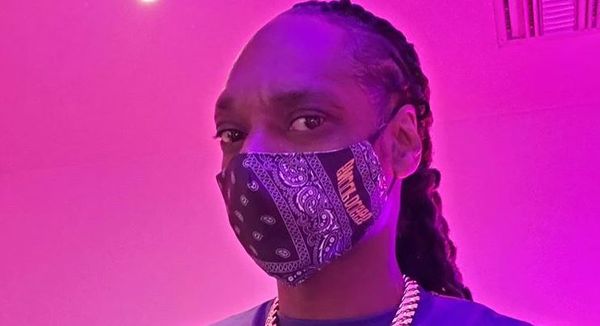