Yesterday, Logic jumped on social media and confirmed he was getting divorced from singer and social media personality Jessica Andrea after 2.5 years of marriage.

His message -- which Jessica co-signed on social media -- suggests the parting was loving and mutual, and that all other speculation was "clickbait."

Here's some clickbait from the folks at TMZ:

Sources close to the former couple tell us ... the rapper became very distant from Jessica Andrea after the success of his track "1-800-273-8255" in late 2017, and started spending much less time at home.

We're told shortly after the couple appeared at the Grammys together in January, Jessica came home and was surprised to find Logic waiting for her ... to tell her he wanted a divorce.

Our sources say he told her the main reason for wanting to split was he "just wanted to be single" ... and she was shocked and devastated.

TMZ also reports that there was a prenup that entitles her to a payout, but not the house or the car.  It's unclear if she would get any of his new deal from Def Jam, which pays him around $20 million.

Did Kanye West & Mike Dean Leak Kid Cudi Songs With Fart Sounds On Them? a day ago / Rumors News 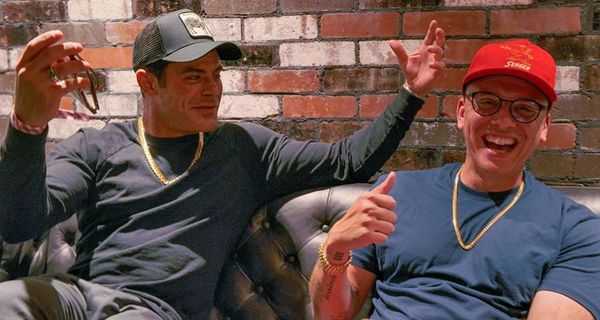