Self proclaimed "Hip Hop tranny" Sidney Starr is famous for claiming she had a relationship with Chingy. She later said she made it all up, but Chingy believes the allegations seriously damaged his once-promising career.

It's been a few years since then, and now the world is more accepting of different types of sexualities. Still, Rae Sremmurd's Swae Lee wasn't happy when a backstage photo of him and Starr started making the rounds.

We really looked cute on this picture lol me and Rap Star @raesremmurd ! With The hit song "I don't got no Type , Bad Bitches is the only thang that I like!!! Bad Bitch right by yo side too lol @raesremmurd Back stage life ! #TeamSidneyStarr

Lee didn't seem to know about the notorious Starr, and when he figured it out he distanced himself from the photo: 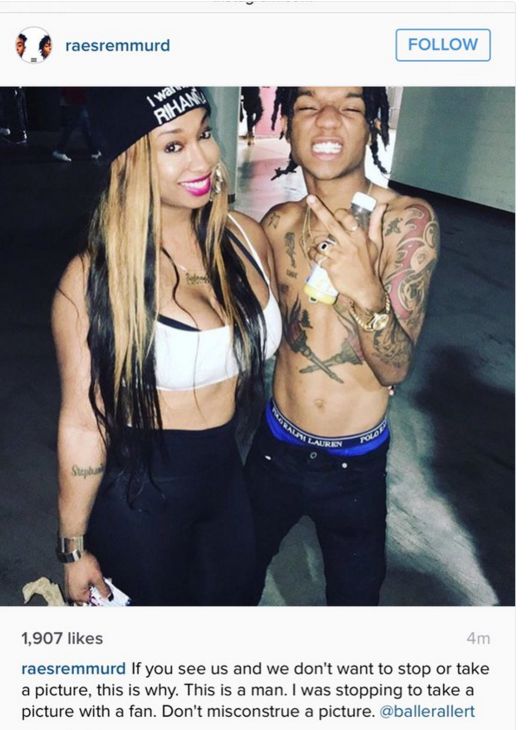 Some are calling the move transphobic: 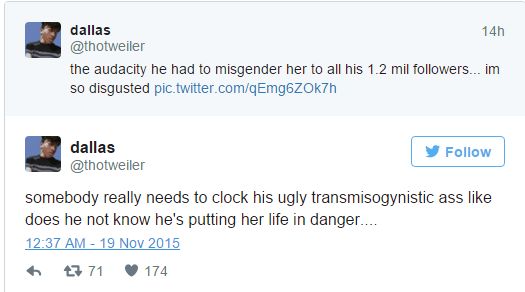 Transphobic comments/people make me so so mad. Very disappointing, i was barely listening to their music.. oh well Rae Sremmurd = CANCELLED

What do you think? Was Swae being bigoted? Or does the ghost of Chingy haunt anyone who finds themselves in a photo with Starr?