Just last week, Chicago rapper Lil Reese was shot in the neck, apparently because he took money for a feature and never delivered the bars.

After he left the hospital, Reese told DJ Vlad that he needs $1 Million to tell the story in an interview.

Very happy that you survived that shooting. But nobody's going to pay you even 1% of $1 million for that interview.

Vlad nicely declined and told him no one will pay even 1% of that for the interview.

Reese didn't take it too well and took to Twitter (he couldn't say it Vlad's face because he won't be talking for a while) to air out Vlad, calling him both a  b***h and a p***y. 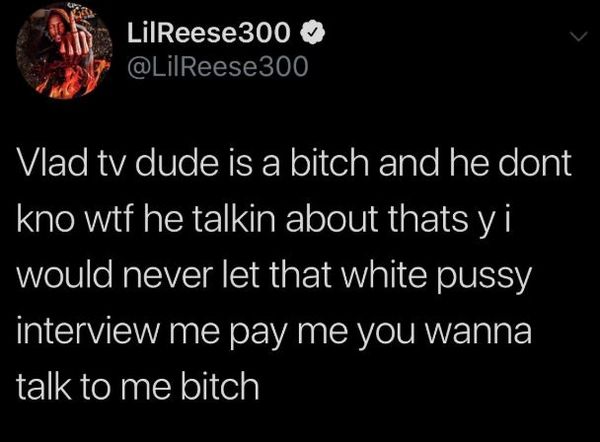 Do you think Vlad should do the interview?