Lil Pump Thought A Boy Scout Was In The Military

That's highly doubtful.  He just turned 17, and his lyrics don't suggest the kind of monster SATs it would require to get into the Ivy League school early.

But we're still willing to concede he's a decently smart guy, in a finesse-the-game type of way.

We're not so sure about that anymore. Last night, Reddit user howhao1999 posted a photo of him and Pump in front a Carolina Pit BBQ.

According to howhao1999, he was on his way to a Boy Scout convention and Pump saw his uniform and thought he was in the military.

Because you're probably wondering, howhao1999 says he's 6'1. So Pump isn't that Lil.

He also said the pic is from July and he suspects Pump was high AF. 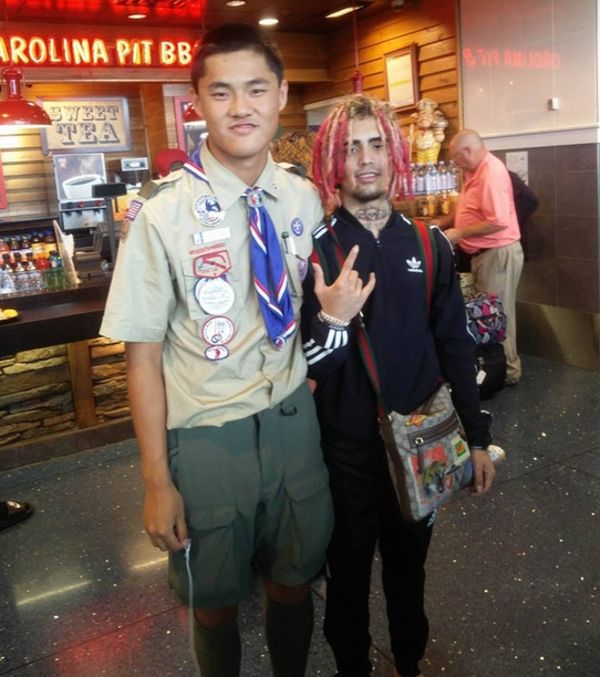