Kylie Jenner is one of the latest celebs to comment on the death of Kobe Bryant, who was killed in a helicopter crash on Sunday. His daughter Gigi Bryant was also among the nine victims. 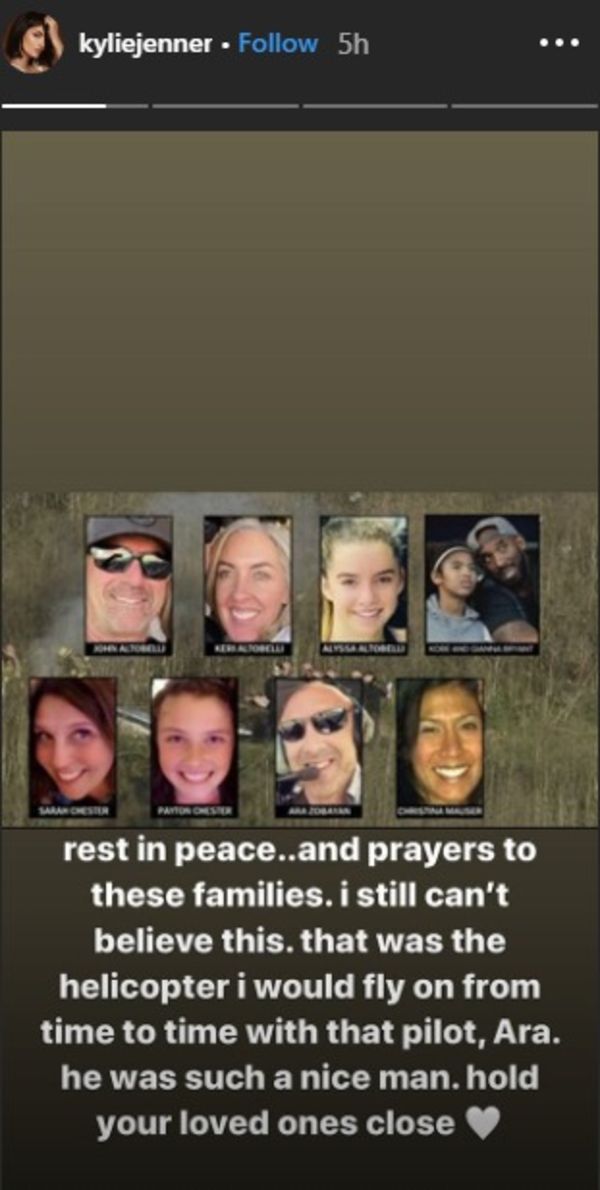 "Rest in peace..and prayers to these families," wrote Jenner on her Instagram Story. "I still can't believe this. That was the helicopter I would fly on from time to time with that pilot, Ara. He was such a nice man. Hold your loved ones close."

It's also been reported that Jenner rented that same helicopter to give a ride to Dream on her third birthday. Dream is the daughter of Jenner's brother Rob Kardashian and Blac Chyna.