Earlier this week, Kodak Black dissed Lil Wayne from the stage of LIV in Wayne's adopted hometown of Miami.

"You should have died when you was a baby," Kodak said of Wayne, who he also called a "maggot".

Will Black keep that energy next week when he does a show in Wayne's OG hometown of New Orleans?

The folks who run the Mahalia Jackson Theater for the Performing Arts in New Orleans are worried he might, and they're also worried some of Wayne's more passionate friends may try to take revenge.

TMZ has been told the venue will be monitoring social media for any threats referencing Kodak's show. On top of that, the New Orleans PD will provide extra assistance during the night of the show.

They don't want a repeat of what happened in Toronto when Drake's OVO goons rushed Pusha T's stage.

50 Cent Mocks T.I. For Challenging Him; T.I. Says He'd Rather Die Than Live In Fear 5 days ago / Beef Beef 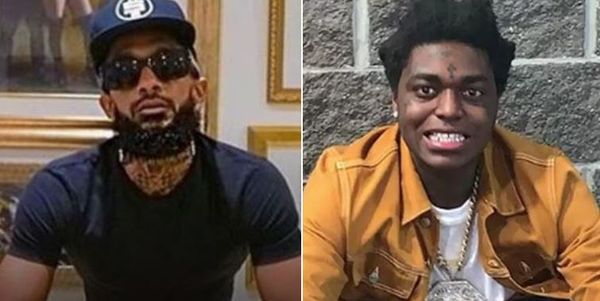 T.I. Goes Nuts On People Calling Him A Snitch After Crimestoppers Video Re-Circulates 5 days ago / Beef