Kanye West Says Kim Kardashian Is Trying To Lock Him Up

He accused his wife Kim Kardashian of trying to have him locked up and accused NBC of locking up Bill Cosby. 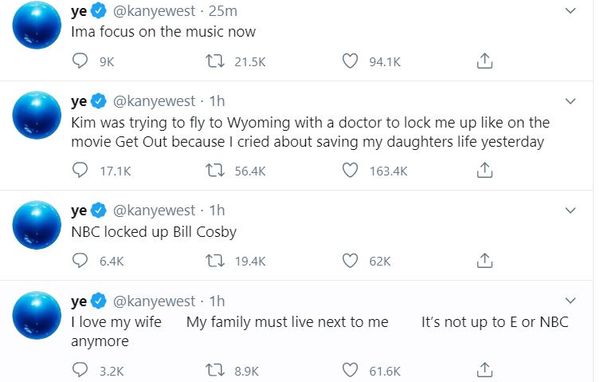 "Kim was trying to fly to Wyoming with a doctor to lock me up like on the movie Get Out because I cried about saving my daughters life yesterday," Kanye typed.

Kanye West has spent time in an institution before  -- remember when he said JAY-Z was sending "killers" after him. It looks like he may be headed back.