A lot of folks were surprised when the NFL and JAY Z announced yesterday that they had entered into a partnership to help enhance the league's on-field product and improve its social justice initiatives.

Hov had been a big critic of the NFL's treatment of Colin Kaepernick. While the league did reach an undisclosed financial settlement with the QB, he still hasn't found NFL employment since the fallout from his kneeling for the national anthem during the 2016 season.

At the press conference to announce the deal, Jay and NFL commissioner Roger Goddell both said they had spoken to Kaepernick.

When asked whether they plan to involve Kaepernick in the partnership, Hov said, “You’ll have to ask him, I’m not his boss. That’s for him to say.”

“I think that we forget that Colin’s whole thing was to bring attention to social injustice so in that case this is a success — this is the next thing," Hov continued. "There’s two parts of protest: the protest, and then there’s a company or individual saying ‘I hear you, what do we do next?’ For me it’s about actionable items, what are we gonna do about it? We get stuck on Colin not having a job, you know what I’m saying? And this is more than that.

“I support any protest that’s effective. I’m into action, I’m into real work — I’m not into how it looks from the outside. If protesting on the field is the most effective way, then protest on the field. But if you have a vehicle that can inspire change and speak to the masses."

TMZ is now disputing that JAY-Z spoke to Kaepernick before making a deal with the NFL.

"Colin Kaepernick's attorney, Mark Geragos, says despite what Jay claimed in the meeting, Kap did NOT talk to Jay-Z prior to partnering with the NFL," updated the gossip site.

Update: So is Kaepernick's girfriend Nessa:

W O W. So this partnership deal started that long ago? I’m just at a loss for words.https://t.co/0t4CEMQqh7 pic.twitter.com/HetB8L1uHW

THIS is a lie. COLIN never spoke to Jay-Z and NFL ahead of that deal being done. They NEVER included him in any discussion 👉🏽 https://t.co/TWmoXS4JVJ pic.twitter.com/2bjSIEtnjQ

The most interesting press conference I’ve ever attended just finished. Jay-Z and NFL commissioner Roger Goodell spoke candidly about their new partnership. J didn’t duck questions about the fact that he struck a deal with the NFL despite Colin Kaepernick still not having a job.

J’s position is that he’s focused on trying to help as many people as he can and working on the system from within. From his perspective, the protests were about shining a light on the problem and everyone now knows what the problem is. Now, what’s next?

J shared that he spoke with Kaep, but he didn’t reveal what was said. 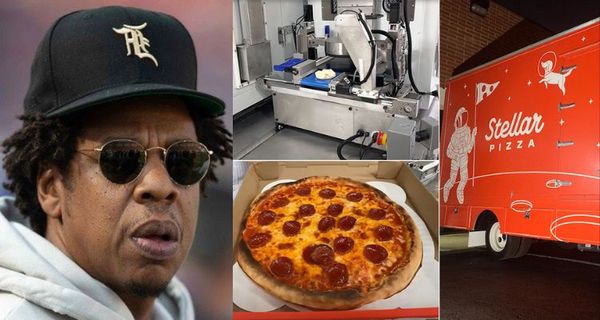