Jimmy Carlton Winfrey, who police say shot up Lil Wayne’s tour buses in April, had worked for Young Thug. Like Thug he was also a Blood, and investigators believe he did the crime to gain favor with the gang.

Late tonight, Atlanta reporter Mike Petchenik tweeted out the details of the indictment against Winfrey (here), and it mentions both Thugger and Birdman prominently.

Indictment alleges #YoungThug, #Birdman involved in conspiracy with third man to kill #LilWayne on his tour bus in #CobbCounty. #wsbtv.

More: #YoungThug and #Birdman aren't charged in the indictment, only named by #CobbCounty prosecutors as working with Jimmy Winfrey. #wsbtv. — MikePetchenikWSB (@MPetchenikWSB) July 16, 2015

Here is Winfrey in the aforementioned 'HalfTime' video: 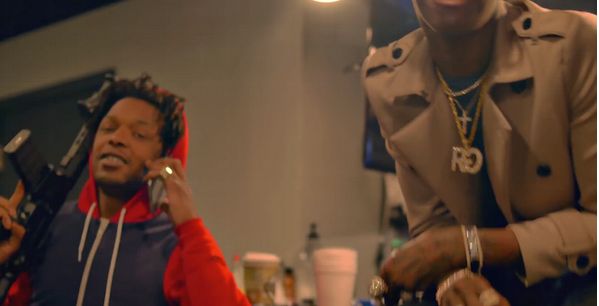 Judging by Petchenik's tweets, this could simply be a case of a prosecutor wildly connecting sensational dots -- which is why Thugger and Baby aren't being charged.

Or it could be they really think there is something to it, and they are trying to roll Winfrey.

Lil Wayne's obviously had his problems with both Young Thug and Birdman.

He's actually been saying kind words about Thugger lately, but his feud with his former daddy seems as deep as ever.

Update: According to TMZ, the indictment states Winfrey called a cell phone owned by Birdman moments after he shot up Wayne's tour bus.