See Which Rappers The Game Name Drops the Most

The Game has a well-deserved reputation for being the most name-droppingst rapper around.

Ben's Big Blog, which offers a statistical analysis of music, has counted up all of the name-drops on Game's eight studio albums and has come up with the impressive total of 1788.

That's 13.97 names per song, 223.5 per album and 5.54 percent of all the words he raps. For their accounting, a name-drop is an explicit mention of a name or the mention of an album that is synonymous with a name.

Game's most popular name to drop is Dr. Dre's. 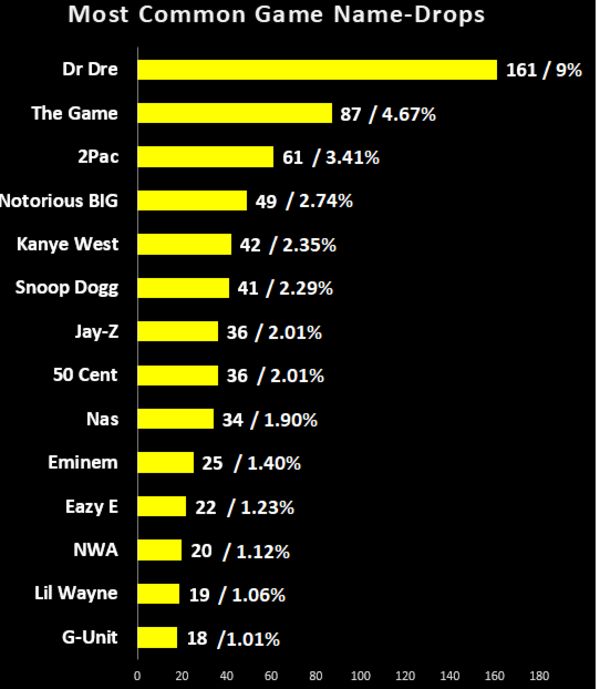 Finally, if you want evidence that Game's extreme name-dropping habit is extreme, here is Game's rate of name-dropping vs. that of his guest features.

Posted In: Charts The Game