Lil Pump wasn't happy that Funk Flex listed him as a "wack" rapper.

So he told his army of Internet Goons to plant Ls on Flex's social media pages, which they did. 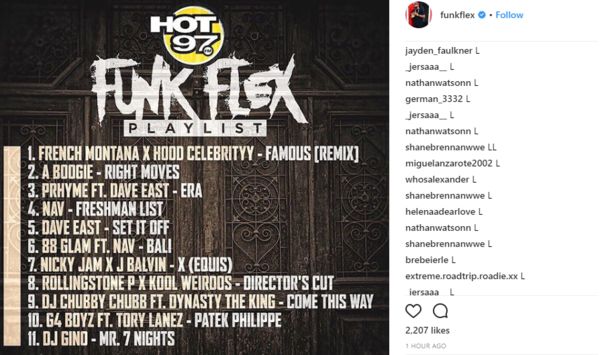 Funk responded to that by telling Pump he should use all of the money he's been bragging about to buy a ghostwriter.

Could of use that to buy a ghostwriter! 🤷🏿‍♂️ #JustMyOpinion @lilpump UPDATE! I’m built for this petty troll thing!!!

So Pump hit Flex with the news of Funk's 2011 arrest for domestic abuse. 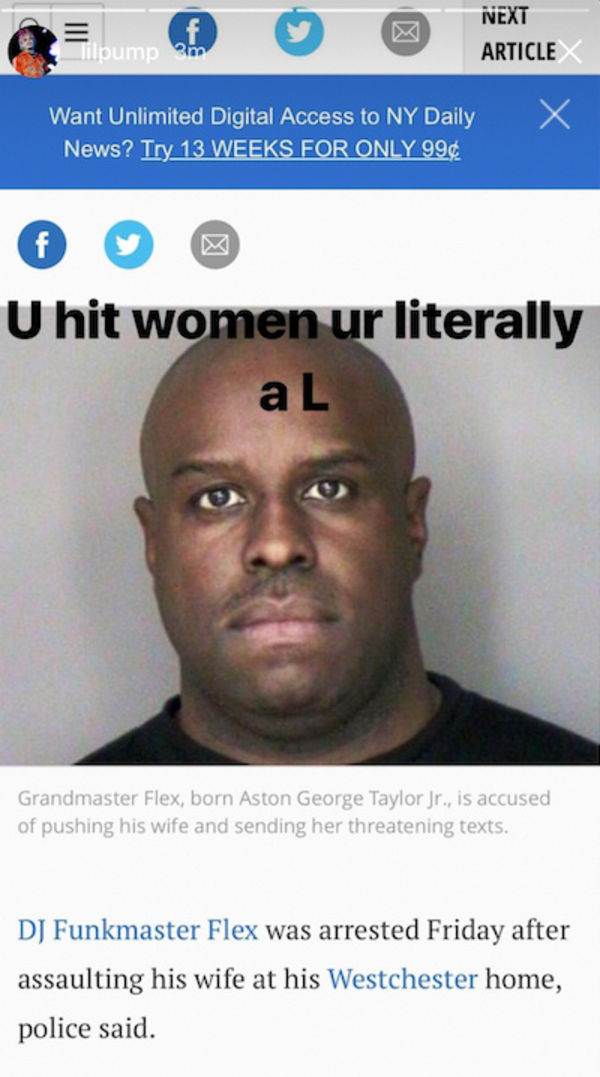 Funk Flex is 49 and Lil Pump is 17. So while Funk isn't quite three times older, it is close.

How would you score this inter-generational Internet battle so far?