Cardi B made a rather bold claim on her verse on Lil Yachty's new track "Who Want The Smoke."

"The fur on my shoulder mink/ Tell me what Hov would think/ I get money, I am the king of New York/ And I rock a sew-in weave," Cardi bragged.

Elderly New Yorker Funk Flex took exception to that. Not because Cardi would technically be a queen. But because he doesn't think she has the chops to sit on the throne.


Cardi responded to Flex in a couple of Instagram videos. In the first, she says her brag had nothing to do with her rapping skills.


"What is y'all niggas mad about?" She said, "Did I say I was the best rapper from New York? No. Does this shit gotta do with rapping? No. I know street niggas and street bitches that feel like they the king and queen of New York. Why can't I feel like I'm a king of New York? Every single time I go to my city people cheer me on, people show me so much love, people show me so much support and it has nothing to do with this rapping."

In her next video, Cardi declares herself "emperor of New York." Then, for good measure, she accuses the "government" of flooding her city with rabid, dog-eating raccoons.

This isn't the first time Funk has come for Cardi. Earlier this year, he said she was a fraud because she uses ghostwriters. 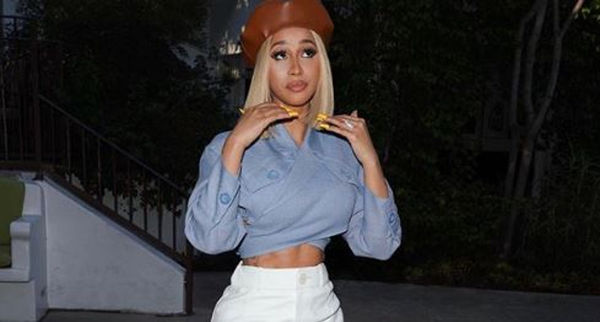