There's a "Report Of Investigation" allegedly from the U.S. Dept. of Justice's DEA Office floating around which states that 50 Cent called the Feds and alerted them to Jimmy Henchman in 2009.

At the time,  Henchman was linked to the death of G-Unit affiliate Lodi Mack who had beat up Henchman's 14-year-old son. Henchman was eventually convicted and got 20 years to life.

The "Report Of Investigation" states that 50 fingered Henchman for the crime and told the Feds he would cooperate with any investigation.

According to officials who worked on the case and talked to TMZ, the report is a complete forgery and 50 never talked to them.

So don't trust everything you see on the Internet. 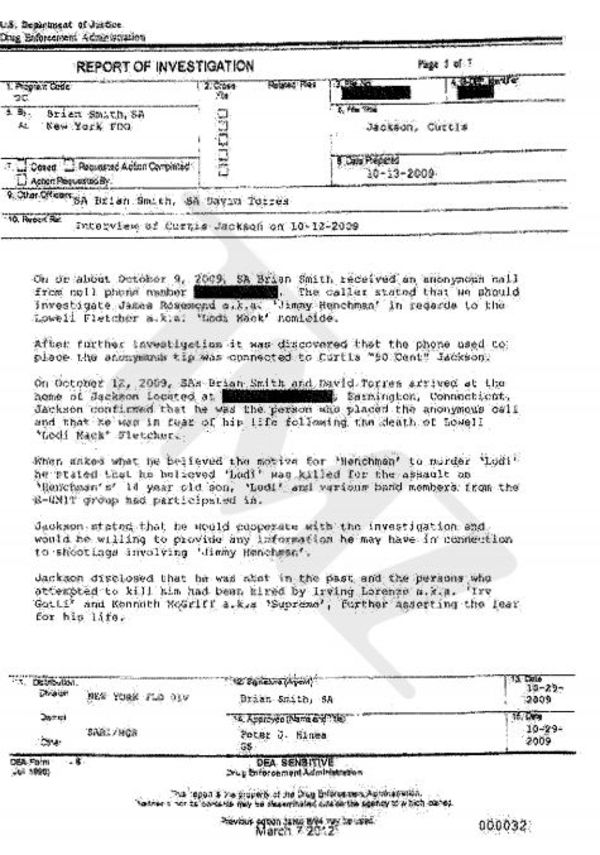