It's pretty well known that Drake delayed his Her Loss album (which 21 Savage was also involved with) a week to avoid losing to Taylor Swift's Midnights in its second week.

The move worked:  Her Loss was the number-one album this week, with Midnights falling to second in its third week.

However, according to DJ Akademiks, Taylor Swift pulled behind-the-scenes moves to deny Drake all of his sales flowers.

"Taylor Swift did the most to make sure her song ["Anti-Hero"] was number one and [Drake's track] "Rick Flex" ended up being number 2.  Trust me I've seen all of these label tricks.  Taylor dropped three alternate versions of this song during her third week.  Why is she doing that if not to make sure it's number one again?  Keep in mind it was number one before.  Taylor is on Aubrey's neck.  I'm gonna keep it a hundred.  By the way, that's why Drake had a picture with Taylor Swift he deleted."

That wasn't all Drake did.  When he posted this week's Hot 100, he literally censored Taylor's number one out. 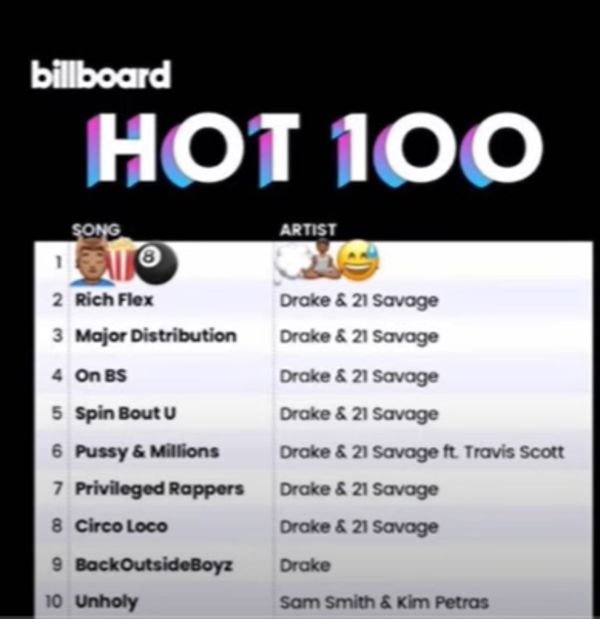 Ak continued to say that word in the industry was that Taylor was considering dropping an additional package of loosies titled His Loss that would have been able to beat Drake's regular album.

She hasn't done that yet, but Ak said to look out for some sort of Black Friday stunt from Taylor.

"Keep in mind Drake and Taylor are behemoths in the music industry when it comes to negotiating contracts and having leverage," Ak explained. "I would imagine there is some type of competition.  Or Taylor is saying, if y'all gave Drake $500 mil, what are your going to give me?  She's proving a point that she's outselling Drake at every metric ... Big Bad Taylor, man.  My n*gga Drake put up a bunch of emojis and covered her ass up."

SNL Roasts Drake For His Girl Drama 2 days ago / Television