NBA YoungBoy is holed up in Utah, under house arrest, and awaiting trial on federal gun charges.

According to DJ Akademiks, the 22-year-old is in good spirits. 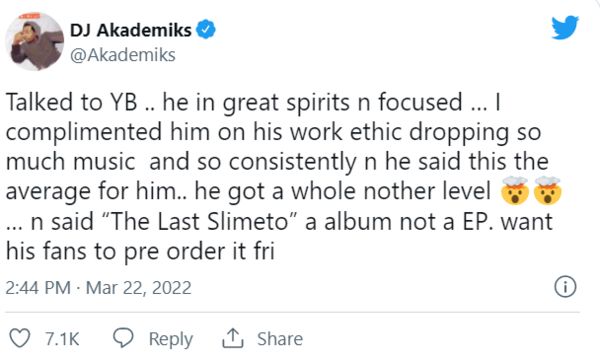 "Talked to YB ... he in great spirits n focused ... I complimented him on his work ethic dropping so much music and so consistently n he said this the average for him ... he got a whole nother level n said "The Last Slimeto" a album not a EP, want his fans to pre order it fri," Ak typed.

YoungBoy is facing seven years on the gun charges, so he may be in a race against time to get the whole other level on music out.