It seems that Coi Leray can't catch a break.

First, people criticized her XXL Freshman freestyle. Then the rapper began trending after she had a bad set at Rolling Loud last week.

But Leray hasn't let the criticism kill her happiness, because she recently posted a TikTok video from a grocery store and freestyled about cereal.


The rhyme seemed playful, but people still judged it, so the rapper responded.

So much more in life . Don’t worry ima be the one to show y’all. Y’all understand sooner than later 😇 pic.twitter.com/fedRvJvCas


"Y'all be so stuck on Birkin Bags and scamming n*ggas," she wrote. "I can't even have fun and rap about cereal. Yall weird. Live a little. It's more to life than the same sh*t you see everyday!!!" 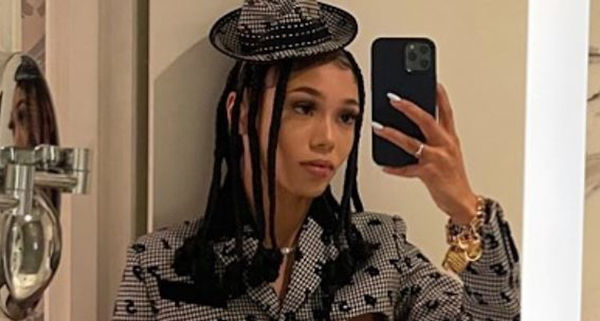 Offset Got Bit By A Lion 6 days ago / News News

Stephen A. Smith Explains Why He had Max Kellerman Removed From 'First Take' a week ago / News