Cardi B is very much a creature of the Internet

Last night, one of her social media spats got real when she actually pulled up on some male Nicki Minaj stans.

It all started when Cardi cast some shade in Nicki's direction by Twitter-informing the world that she passed on the track that became Colombian singer Karol G's 'Tusa' collab with Minaj.

Cardi b already sending subliminals to Nicki Minaj and her new feature on Tusa with KAROL G. You hate to see it. pic.twitter.com/bVi3FwxNx3

A Nicki goon suggested such shade could result in a beating, so Cardi dropped her coordinates: 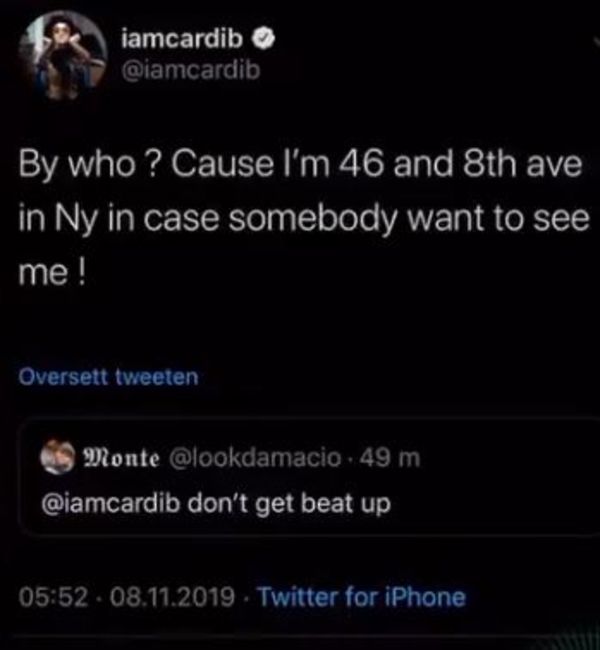 Then Cardi really did pull up on the man, who was at the corner with another man who sounded like his partner.

You can check out the interaction below. It all ends in love.

Cardi B got trolled by a fan.... she pulled up in real life and the fan switched energy ... they both ended up laughing it off pic.twitter.com/A4y793Ks20