NBA YoungBoy has paid tribute to his incarcerated Louisiana OG C-murder by remixing his 1999 track "Like A Jungle."

C-Murder was able to hear the song and he's feeling it. 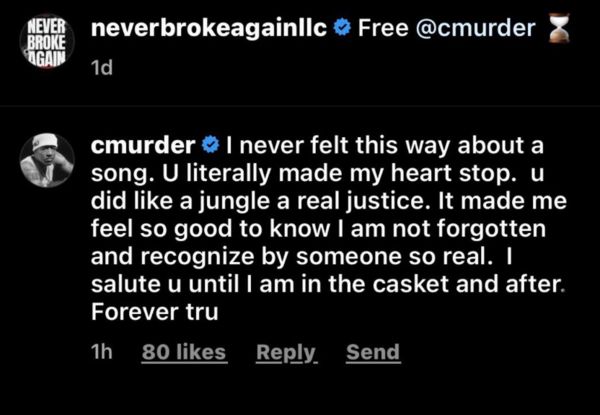 "I never felt this way about a song.  U literally made my heart stop.  u did like a jungle real justice.  It made me feel so good to know I am not forgotten and recognize by someone so real.  I salute u until I am in the casket and after.  Forever tru," he typed.

C-murder is serving a life sentence for the assault and murder of 16-year-old Steve Thomas in 2002. However, several years ago, a witness who said he saw C-Murder fire the gun recanted his testimony.

That has given a new wind to the Free C-Murder crowd.

But he remains locked up.

Here is YB's track and the original: