Tom Brady was Antonio Brown's champion for a few years, pushing both the Patriots and then the Bucs to sign the talented but troubled receiver during a time when most of the league didn't want to touch him.

But something went wrong between the two football stars, and Brown has been trolling Brady's marital troubles.

Today, AB leaked a text message Brady sent him in May of 2021 in which the GOAT QB ripped AB for being selfish and immature. 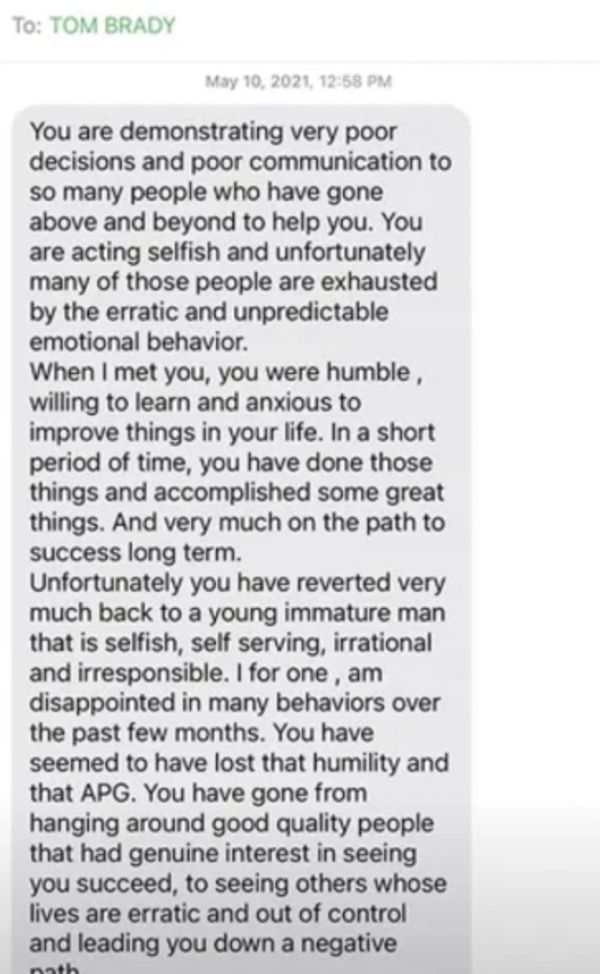 “You are demonstrating very poor decisions and poor communication to so many people who have gone above and beyond to help you. You are acting selfish, and unfortunately, many of those people are exhausted by the erratic and unpredictable emotional behavior," Brady typed.  "When I met you, you were humble, willing to learn and anxious to improve things in your life.  In a short period of time, you have done those things and accomplished some great things.  And very much on the pth to success long term.  Unfortunately, you have reverted very much back to a young immature man that is selfish, self serving, irrational and irresponsible.  I, for one, am disappointed in many behaviors over the past few months ..."

Was Brady telling any lies here?