Adrien Broner Has Some Serious Rappers On Upcoming Album

Adrien Broner has said he'll only return to boxing if he gets a $10 million payday and will be working on his music until he does.

“I haven’t heard from Stephen Espinoza. Me and Al [Haymon], we talk every day but ain’t nobody talking about that $10 million. So, I take that as I’m still retired. So what I’m going to do is just focus on my album, and I’m just a rapper. I’m a rapper now. S**t. Until they talk about my $10 million, I’m not going to be in the ring. So my album is dropping, and it is what it is."

#adrienbroner might f*ck around and drop a classic on y’all.

No word on when it drops, but Broner was recently begging for money on social media so we hope it does well. 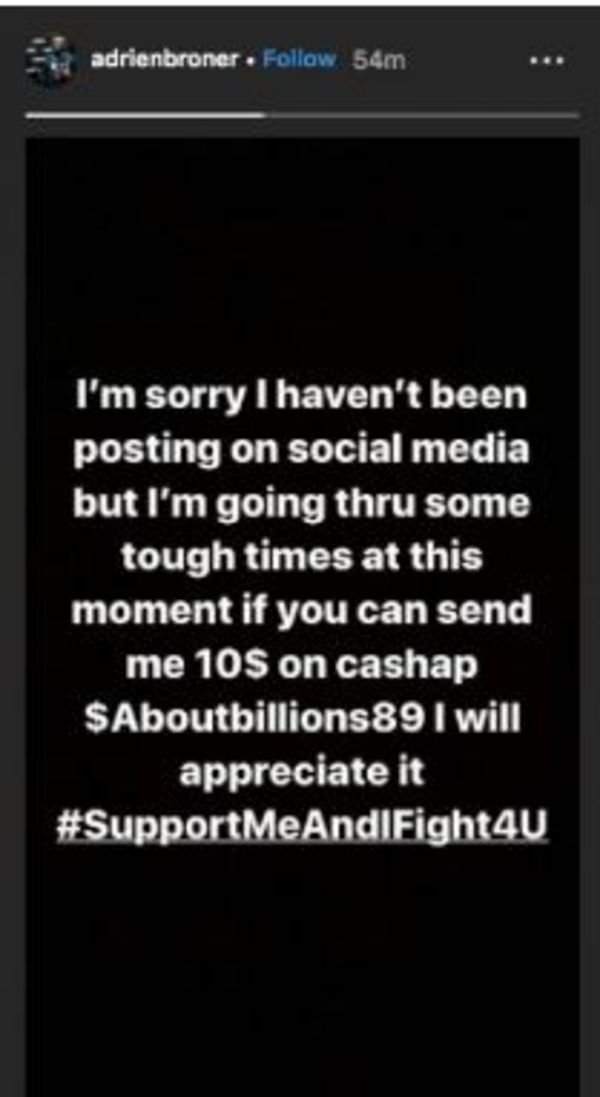