He did it by placing Busta's head on a naked man's body, who has his hands on his hips, looking at the ocean.

"What the fuck you ya talking about?" 50 captioned the photo.

The two rappers have been going at it all week. First, Fif clowned Bus by posting a picture of him and making fun of his neck. Busta then posted an old image of 50 and made fun of his scowl.

The way it seems, the two have been just fooling around with their posts.  But 50 wasn't joking when he dissed Floyd Maywweather by recreating the  Colin Kaepernick, Nike ad.  Fif suggested that Floyd can't read, which is something he's been saying for a while now.

He also went at Joe Budden in recent days, after the podcast host said he's been better than Eminem over the past 10 years.

You can see the photo 50 posted of Busta here. (But you may not want to.) 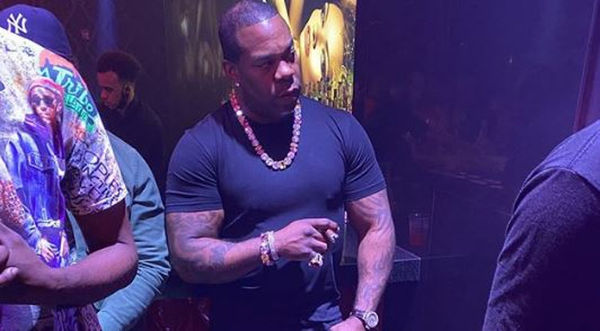