Young Thug Is Now Trolling Us With Caitlyn Jenner

You wanna know who that is? 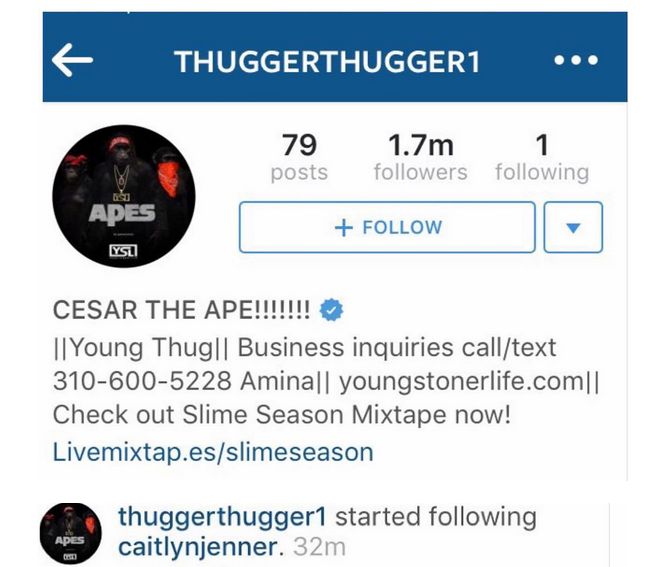 Thugger's said repeatedly that he doesn't care what you think about him or his sexuality. So yup, Thug's probably trolling the world yet again.

But, let's face it, the artist formerly known as Bruce needs to hook up with at least one rapper/baller before officially becoming a Jenner/Kardashian girl. Thug would do.