Before Tekashi 6ix9ine got locked up, he entered into a deal with Trax NYC to make him a Cuban Link choker.

It was part of a bigger deal to trade bling for promo. 6ix9ine and his Nine Trey boys more or less reneged on the deal, according to the jeweler.

There’s a little story about marketing business Cuban links and celebrities. Are use the information to better your understanding of the nature of business and how I personally like to conduct it. #Jewelry #Watches #CubanChain #DiamondLinks #Ice #diamonds #wshh #ChokerChain #50Cent #GetTheStrap #lecheminduroi

"Their mind wasn't on marketing and industry, their mind was on finessing ... there was a business arrangement that could have been made. Their lives could have been pleasant. But they aren't because they don't have the right mental capacity or mentally to bring success to their lives and [to prevent] this nightmare of being in a cell."

Trax is now selling the choker, but you'll have to pay a premium because it's a piece of "Hip Hop history."

Later in the interview, he reveals that 50 Cent's jeweler -- a competitor -- sold him ladies jewelry. 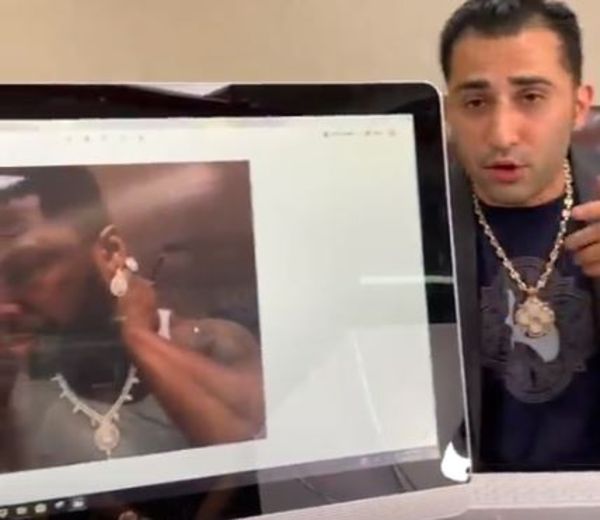 "Your jeweler is not your friend," he said in a message to Fif. "Because if he was he wouldn't have let you walk out of the store wearing ladies jewelry ... you kinda embarrassed yourself wearing the princess collection."