His latest tale is quite a doozy.

According to Wack, he and Big U caught Future (who was with Ciara at the time) at LAX airport and ran him down over a debt he owed Detroit rapper Trick Trick.

According to Wack, Future ditched Ciara when he tried to get away.

But they caught him.  When they did Future frantically called Birdman, who was able to calm Wack down.

When Big U caught wind of Wack's tale, he called cap. 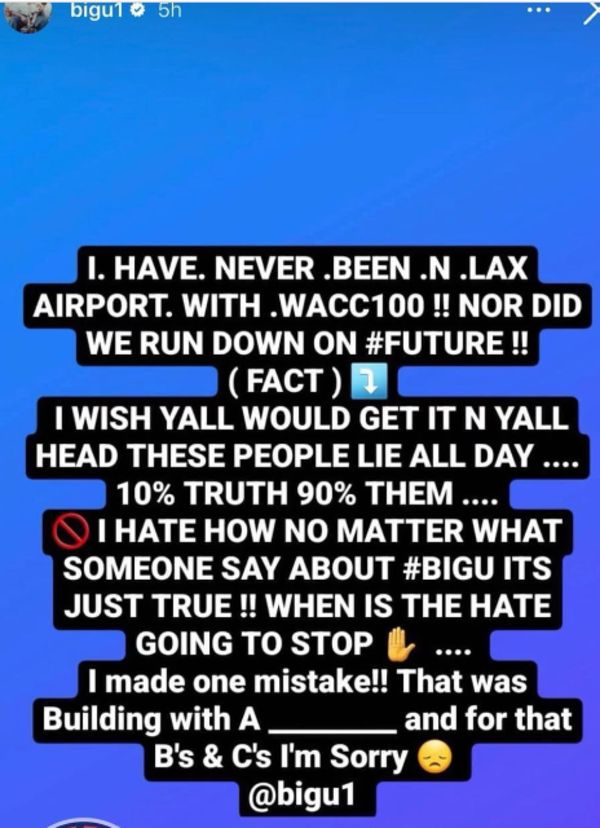 What a weirdly specific thing to lie about, if Wack is lying.

He does have a history of hating on Future.