Chris Brown flipped out yesterday after seeing a photo of Tyson Beckford with his ex-Karrueche Tran.

First, he co-signed one of his boys' Instagram threats to the male model, and then he started issuing his own social media taunts, including tweets which said things such as "U wanna keep walking them runways." Breezy deleted them all, but here are some screen shots: 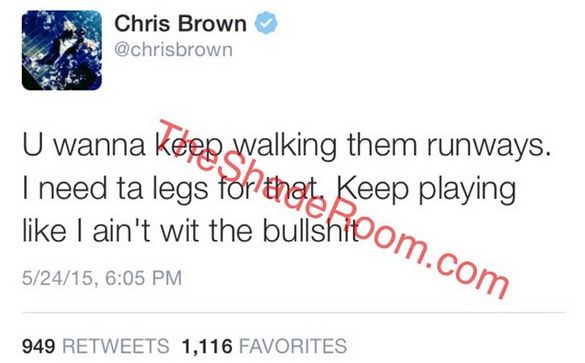 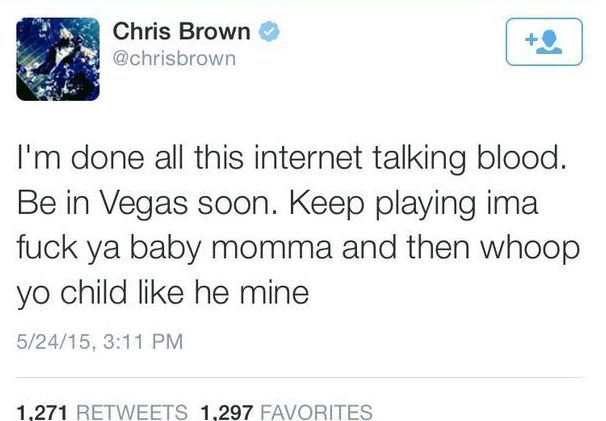 Then, if there was any question for whom the gun show was for, Beckford welcomed Brown to visit him in Sin City: