Steven Harvey's 22-year old daughter Lori Harvey is now dating Diddy, according to those who might know as well as some matching clothing.

If the 27 year age difference between the two wasn't enough, it appears that Lori used to date Diddy's appropriately aged son Justin.

Justin combs after finding out his daddy and Lori Harvey seeing each other pic.twitter.com/dtPwYeS9K8

When Lori Harvey runs into diddys son in the kitchen after a long night of fuckin 😭 pic.twitter.com/FwZMS3bH4V

Lori Harvey to Justin Combs (her ex): “I’m gonna fuck your daddy and make you my step son”

Lori Harvey out here taking strolls with Diddy like she wasn’t dating Justin not too long ago😂 another point for the city girls 🤷🏾‍♀️ pic.twitter.com/yHLER7tsHW

lori harvey broke up with justin combs then started fucking diddy, his DAD. hot girls need to give her starter minutes bc she’s the spark they NEED pic.twitter.com/yVUJQLAD6K

Lori Harvey been having fun with these rich niggas and disposing them when she gets ready. Hang her jersey in the fucking rafters 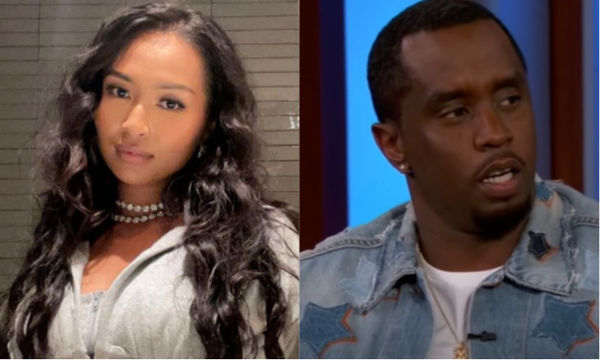