It took Pusha T a couple of more days to get back at Drake than some would have liked.

But when he did get back, he held nothing back.

Oh, and he somehow found a very suspect photo of Drake done up in blackface.

Here's how Twitter is reacting to Push's scorched earth attack.

pusha t going through photobucket to find the pic of drake in blackface pic.twitter.com/S99EZcNzUi

I don’t know what y’all thinking but to me Drake in blackface makes the line from Infared “So I don’t tap dance for the crackas and sing Mammy” the hardest bar of this lyrical warfare thus far.

Pusha T: You’re a dead beat dad and your best friend has in an incurable autoimmune disease that causes disruption of the myelin that insulates and protects nerve cells of spinal nerve and brain cells.

So Drake’s friend has MS and Pusha T made fun of him. I think Drake has to shoot him now if my rap battle etiquette is on point

If y'all say Pusha T was throwing low blows, lets not forget Drake tried to clown on Cudi for his mental illness

all is fair in love and war

Drake on his way to the studio after hearing Pusha T’s response pic.twitter.com/lQ3dRtGPHu

To win this beef Drake would have to reveal that Pusha T is three kids in a trench coat and Drake is all of their dad.

The difference between Pusha and Drake. I can bump that “Duppy” all day, but I’m good with hearing “The Story of Adidon” once and never again.

50 Cent made a whole sextape w/ Ross baby Mama, and made a video showing he knows where DJ Khaled’s mom worked lol... this Drake/Pusha shit is cookies n creme man 😂

If I was Drake I'd respond with "I wore blackface to comment on my ancestors mistreatment, your man wears blackface 'cause he believes it."

How do you respond to a nigga who exposes your child, calls your mom a thot, and pokes holes in your identity?

How do you think Drake reacts to this? 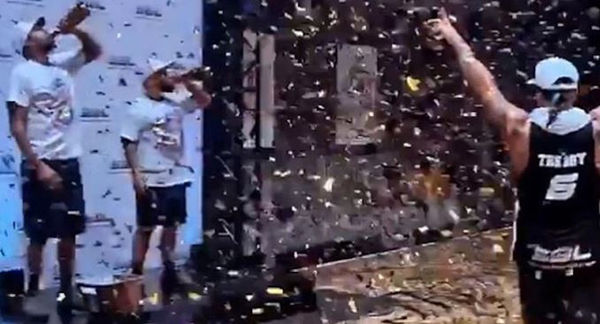