We should be getting the early sales projections for Migos's Culture 2 soon. And the professional reviews will roll in after that.

But we already have verdicts from the streets of Twitter.

The 280 characters or less crowd gave Takeoff a big W. But they weren't so sure about the album as a whole. Check the reactions below:

Takeoff went OFF on Culture 2. Showing y’all not to leave his ass off a song ever again.

I’ve said this before and I’ll say it again... TAKEOFF IS THE MIGOS! #Culture2 pic.twitter.com/K7txXCPs04

Unpopular Truth: Takeoff is the best lyricist in the Migos. He really proved it to all yous on Culture 2

We’re not accepting any new members in the Takeoff stan club after everyone listens to Culture 2. We BEEN told y’all that he is the best. pic.twitter.com/CZGhN43xkj

Me quickly eyeing the Drake feature on CULTURE 2 as soon as it dropped pic.twitter.com/NUpbG9tK44

Migos be makin me think I was listening to Culture 2 when it was really just Culture pic.twitter.com/OAZJFuuoZw

I think Migos’ run might be coming to end. Just listened to Culture 2 and I had to check it wasn’t the first Culture. Repetitive.

Culture 2 by the migos summed up in one song pic.twitter.com/m16eiET0mw

Some of migos new songs off of Culture 2 are Gucci gang level yikes ☠️ pic.twitter.com/VHKW9ZxJaZ

My final verdict on Culture 2 before niggas are talking about it all day...

1. Solid album
2. About 12 tracks too long
3. They were washed on every feature
4. Quavo's weakness is starting to show
5. I would prefer a 2chainz and Takeoff album over Yachty.

How can people say culture 2 is trash when it hasn’t even been out for 24 hours, some people fry my brain 😂

This is the second time in as many months that Quality Control has pulled this overlong album stunt to game the charts and exploit sales equivalent units. ‘Control The Streets Vol. 1’ was 1hr43m. ‘Culture 2,’ 1hr46m.

When culture 2 doesn’t have the same vibe as culture 1 pic.twitter.com/MeAysm84d9 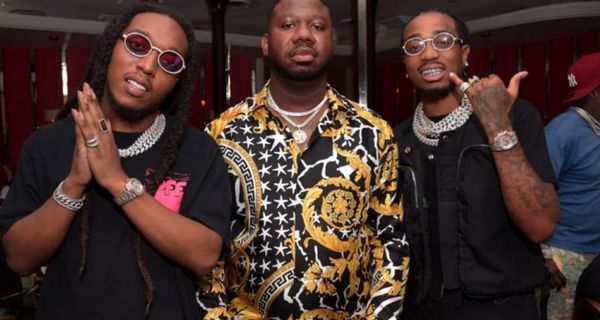