Earlier this week, the California Senator, who's running for President, did an interview with The Breakfast Club.

During the chat, she said she liked to smoke up in college.

However, her cool-girl routine went awry when they asked her what she was listening when she sparked up back in the day.

“Definitely Snoop, 2Pac for sure, for sure," she claimed.

The problem is Harris graduated from college in 1986. Even if she was including law school, she would have been done by 1989.

2Pac's first album came out in 1991 and Snoop became a thing people knew about in late 1992 when Dr. Dre put him on The Chronic.

Twitter has been roasting her for her made up playlist:

Kamala Harris was on the Breakfast Club & she said while she was in college, she smoked weed and listened to Snoop and Tupac..
Snoop & Pac didn't release records until 1991-92.

Kamala graduated from college in 1986.

But if #Ados are skeptical of Kamala "we some haters" right? pic.twitter.com/uR8kZ5z5yQ

Kamala Harris really said she was listening to 2Pac and Snoop when she smoked weed in college. This woman graduated college in 1986 😂😂😂 these people will lie for no reason pic.twitter.com/efx6SuhK6o

2pac was still in Baltimore writing poetry to Jada Pinkett when Kamala Harris was in college, and Digital Underground didn’t even have an album out when she was in Law School.

According to Warren G on “Do You See”, Snoop Dogg was still servin time up in Wayside pic.twitter.com/yAvsyGhzZ2

I told @KamalaHarris when we met... Democrats spend too much time trying to be cool ... Nobody cares! Where are the jobs? What are we doing with College loans? Stop with the HipHop talk bullshit...

once again the defense of Kamala Harris is worse than the lie, because if we accept this interpretation, it means she was smoking weed and listening to Tupac & Snoop when she was the Deputy DA for Alameda County, where she no doubt was involved in prosecuting drug cases https://t.co/fB8MzTKkBg

Politician being asked about weed in 1993 (lying): I've actually never even seen marijuana.

Politician being asked about weed in 2019 (also lying): Oh you BET I was smoking that lound! Sticky icky. I...[turning to aide, who is nodding vigorously] I put honey on the blunt.

Does this change your opinion of Harris or nah? 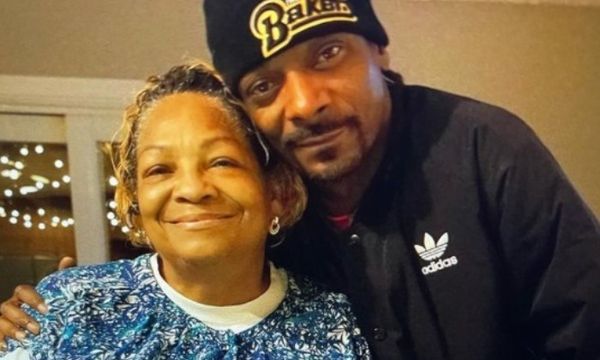 Looks Like JAY-Z Made It Clear Where He Stands On Biggie Vs. Pac a week ago / News