Last night, at least eight people were killed during a stampede at Travis Scott's Astroworld festival in Houston.

Needless to say, day 2 has been canceled.

Scott, who was performing during the incident, commented on the tragedy this afternoon. 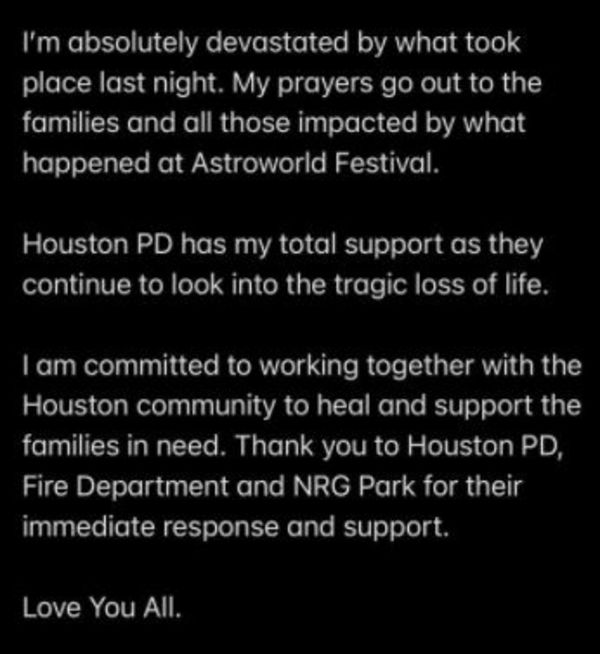 “I’m absolutely devastated by what took place last night. My prayers go out to the families and all those impacted by what happened at Astroworld Festival.

Houston PD has my total support as they continue to look into the tragic loss of life.

I am committed to working together with the Houston community to heal and support the families in need. Thank you to Houston PD, Fire Department and NRG Park for their immediate response and support.

Scott has a history of whipping his crowds into frenzies. In 2015, he was arrested for inciting a riot during Lollapalooza.

Scott's legal future may depend somewhat on a wild theory that has been circulating.

A source has told TMZ that someone in the crowd started to inject people with a drug and that caused panic and a rush toward the stage. The source claims the multiple people who went into cardiac arrest during the carnage may have been injected.