Travi$ Scott dropped two new tracks today, including 'Nothing But Net,' which features PARTYNEXTDOOR and Young Thug. The 22-year old, whose debut studio LP Rodeo is set for March, also announced a joint Rodeo Tour with Thugger that will run from March 1 to March 31.

The North American tour will also feature a DJ set from Metro Boomin.

See all the dates below, including three shows at the SXSW Festival in Austin, Texas. Tickets will be avialable for pre-sale starting tomorrow. 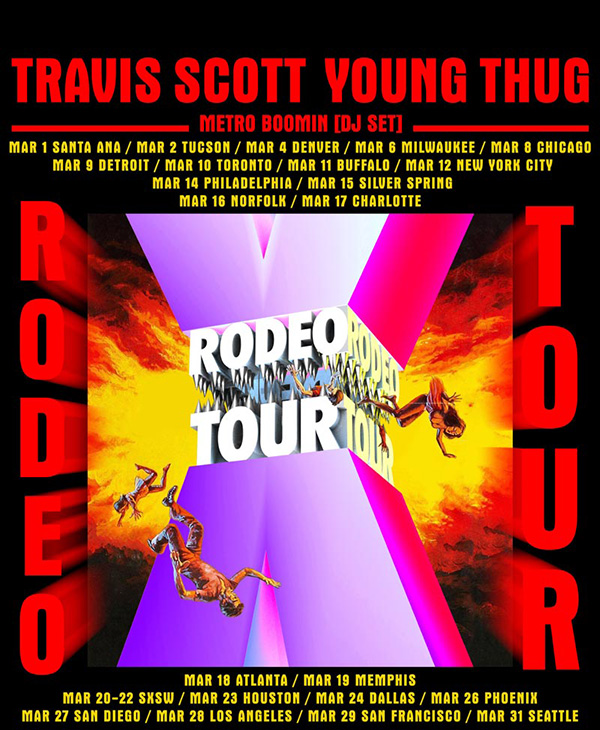