The diminutive Canadian continued his Soulja Boyesque attempt to dominate all rap news through a steady stream of insanity by shamelessly offering himself to the taken Taraji P. Henson. 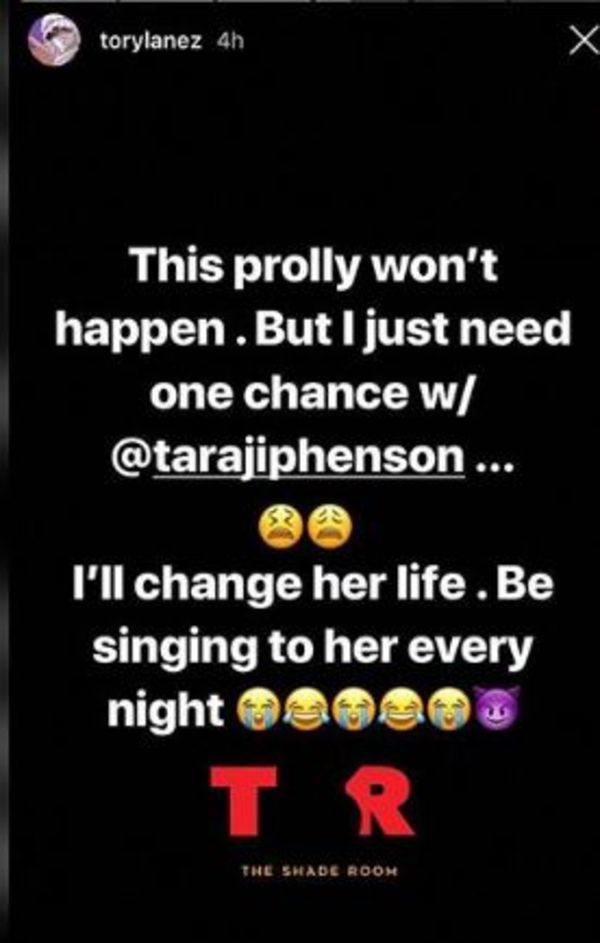 “This prolly won’t happen,” he typed on IG. “But I just need once chance w/ @tarajiphenson…I’ll change her life. Be singing to her every night.”

The 48-year-old Empire star is currently engaged to former NFL player Kelvin Hayden. Should he be worried about Young Tory?