In the back and forth that followed, Ross said he bought Tory a smart car to make up for his project flopping.


While that was just a gag, Tory decided to take it seriously and demanded the car.

That was almost a year ago, and Tory still doesn't have his ride. 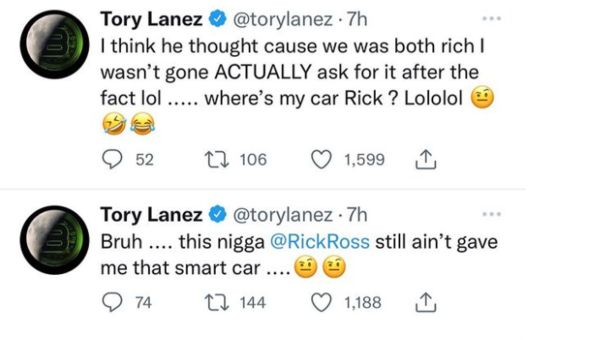 "Bruh ... this nigga @RickRoss still ain't gave me that smart car," he typed. "I think he thought cause we was both rich I wasn't gne ACTUALLY ask for it after the fact lol ... where's my car Rick?" 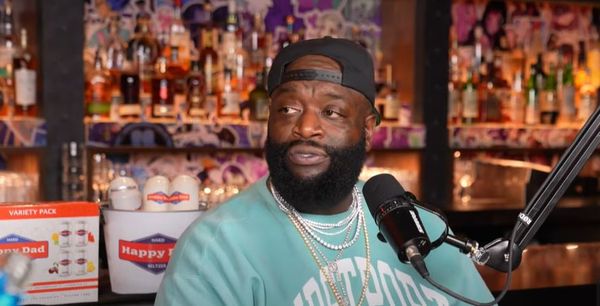 Rick Ross Has Lions Now [VIDEO] a day ago / News