Kendrick Lamar dropped a mini-bombshell today when he announced his upcoming album will be his last on TDE.

"As I produce my final TDE album, I feel joy to have been a part of such a cultural imprint after 17 years.  The Struggles. The Success.  And most importantly the brotherhood. May the Most High continue to use Top Dawg as a vessel for candid creators," he typed.

TDE boss Top Dawg has now reacted to the news. 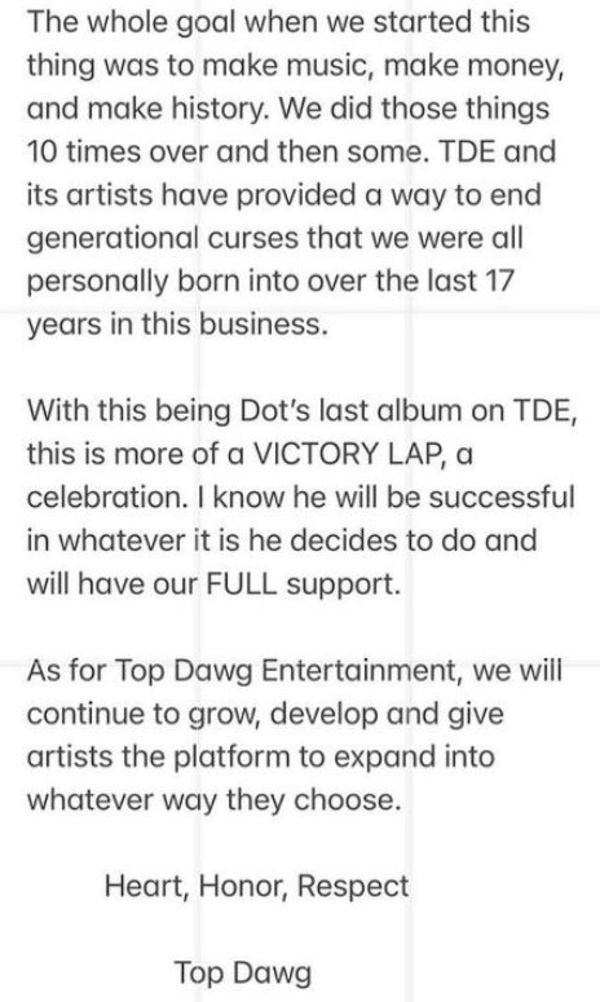 "With this being Dot's last album on TDE, this is more of a Victory Lap, a celebration.  I know he will be successful in whatever is he decided to do and will have our FULL support," he typed.

Do you think this spells the end for TDE? 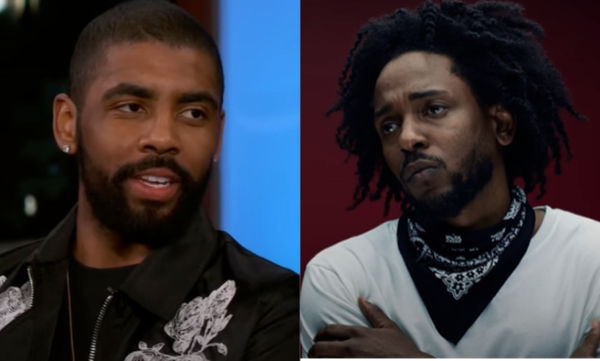