Tiny Harris Finally Weighs In On T.I., Deyjah And Hymen-Gate

The usually loquacious T.I. has barely posted anything on social media since being dragged all around the Internet for his admission he still takes his 18-year old daughter Deyjah on annual hymen check-ups to prove she's still a virgin, let alone has he addressed the controversy directly

Deyjah has addressed it by unfollowing Tip on social and by liking tweets that criticized his aggressive and unscientific parenting.

Now Deyjah's step-mom Tiny Harris has weighed in. Well, if you count emojis as opinions. 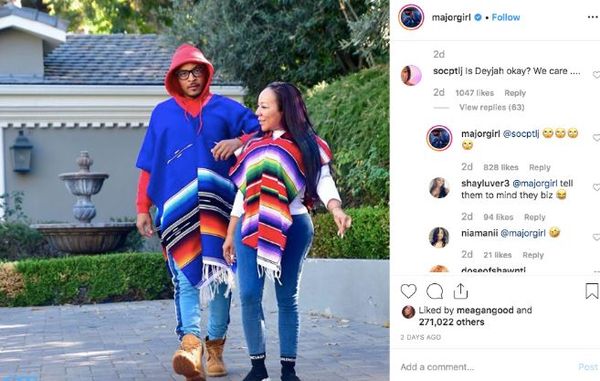 "🙄🙄🙄🙄," Tiny typed in response to an Instagram inquiry about Deyjah's well-being.

What do you think she means?