We thought Tinashe and Ben Simmons were dating.

But apparently that's over and now the Philly point forward is with Kendall Jenner.

According to Page Six, Simmons has been with Kendall for "a few weeks."

However, Tinashe's little brother Kudi reports that his sis thought she was still dating Simmons until Sunday.

Never met you before in my life. days after u break my sis heart u do this... ppl all lied on her talking fake news about my sis *doing kardashian shit * u cheat on her w a Jenner 😂 DONOVAN MITCHELL ROY fuck nigga https://t.co/xjmm2E2mRq

Sorry for blowing up y’all twitter everyone. it was actually the only way to defend my sister against all this bullshit. and i’m prolly gonna be fighting some niggas from philly for another couple hours so if y’all mute me don’t worry, it’s all good 😂

they “broke up” sunday my guy.. u literally don’t know anything, stay quiet about this

does it matter?? niggas on twitter have no respect.. women get disrespected so often and ppl like you are the main reason, shit is so sad

i’m 19, no fucking excuse for cheating, be a man and figure it out. bro you’re a grown ass man, how could u be so ignorant

This wouldn't be Kendall's first big time basketball player.  She was seen sniffing around Blake Griffin earlier this year.

Sixers fans can't be happy with Simmons bringing a Kardashian Klan member into the fold, can they? 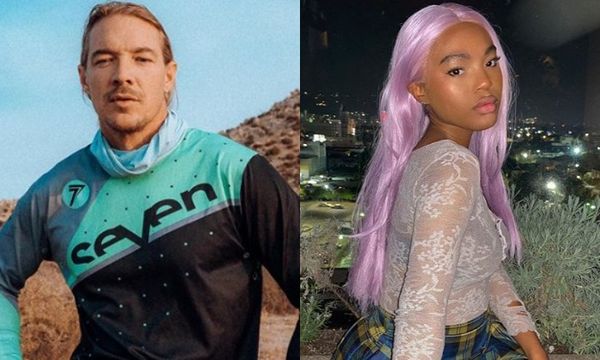