T.I. Says Iggy Azalea Changed When She Found Out White People Liked Her

Earlier this month, T.I. told The Root that signing Iggy Azalea was one of the biggest mistakes of his career.

Tip expanded upon what went wrong with the Australian import during his interview with The Breakfast Club. [Jump to 22 minutes.]

"I really feel like she was meant to be great," Tip said. "I don't wish no ill will on her. But As far as I'm concerned, I feel like when she found out white people liked her and she didn't really need black people to like her anymore, she switched up, started acting different, made moves that I wasn't proud of, that kind of placed my reputation in the line of fire. And she was very arrogant about it.

The raps were dope at first, you know what I mean? Of course, she had [writers]," he continued. "It was dope at first then she exposed herself so much," Tip said, listing a poor Sway freestyle and her Twitter behavior as the exposure.

It the same interview, T.I. discussed JAY-Z calling him after he put 2Pac over him in his top 50 GOAT list.

T.I. Says You Better Not Call Him Granddad While Discussing His Stepdaughter's Pregnancy 5 days ago / News Beef 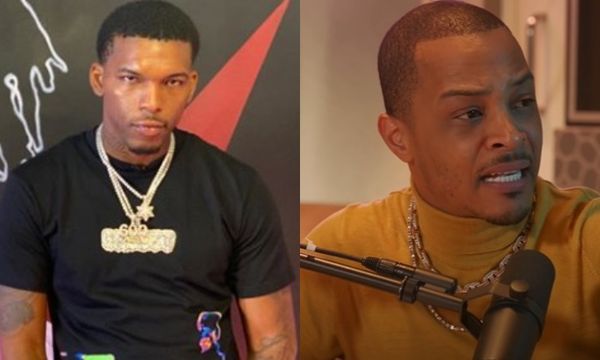 Tiny Breaks Down Why She Almost Divorced T.I. 5 days ago / News News

Rick Ross Says He Has "Unfinished Business" With T.I. a week ago / News News

Fivio Foreign Explains Why Rappers Are the Most Targeted People On Earth & T.I. Agrees a week ago / News News

T.I. Explains Why Kendrick Lamar is the 'Most Successful Revolutionary Rapper Alive' a week ago / News