While there is still, oddly, no video of what happened between Lathan and Babcock during a TMZ Live session, some still images have been hiding in plain sight on a Twitter page. In them, you can see Lathan coming up from behind Babcock and putting his hands on his neck. 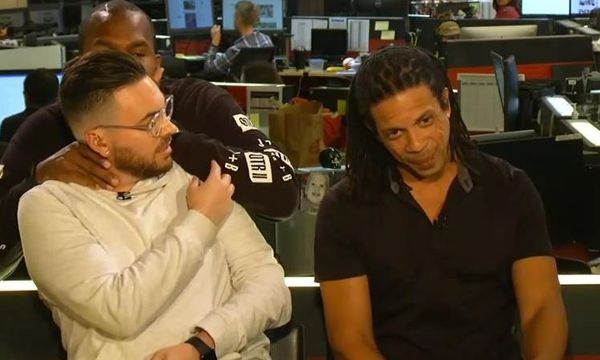 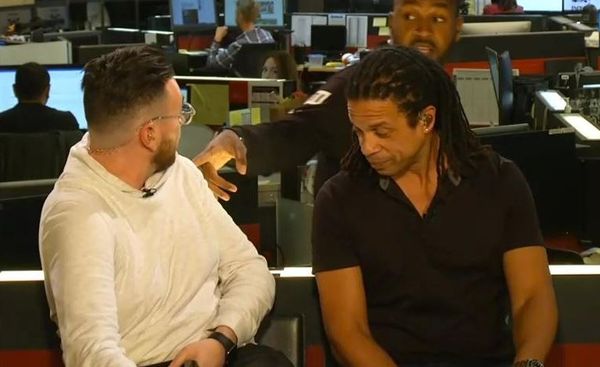 Page 6 reports the disagreement was about Ellen and George W. Bush hanging out at a football game.

A source who was in the room tells us that Lathan was finished shooting and was on the other side of the room before he decided to return to confront Babcock. “He walked all the way across the room, came from behind [Babcock] and grabbed him,” said the insider. Meanwhile, we’ve learned more about the segment that led up to the Oct. 8 incident. We’re told that the pair had been discussing the infamous shots of Ellen DeGeneres talking to George W. Bush at a football game.

According to Page 6's sources, Lathan wouldn't have been fired if he didn't put his hands on Babcock. A tape of the segment obviously exists. Perhaps the lawyers are preventing TMZ from releasing it, but we'd imagine somebody else has it.

For now, we have these images: