The Projections For Dave East's Debut Album 'Survival' Are Terrible

Updated below with new numbers.

Dave East has a lot going for him: good looks, good press and a game eager to embrace a New York rapper with bars and cred.

What he will not have going for him is a hit debut album. In fact, Survival, which dropped last Friday, is projected to do downright awful numbers.

The debut album "Survival" by #DaveEast is projected to debut at #164 on the #Billboard200 with first week sales around 3K pic.twitter.com/fpGav3CPmA

The Billboard 200 ranks sales plus streams so we assume they mean SPS in the Tweet. (If they didn't, he'd be a lot higher than 164.)

Hits Daily Double's projections only list the top 20 and East isn't in the top 20. 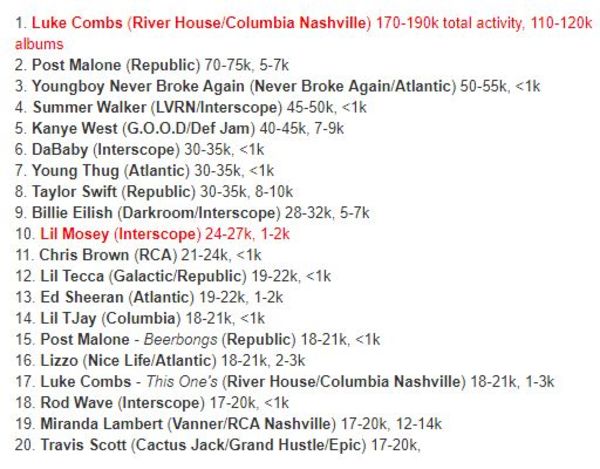 Assuming Billboard's numbers are solid -- and there's no reason to think they aren't -- what do you think happened?

Update: East's peeps dispute the numbers, and say it's on track for about a 25K first week. That's still pretty bad, but they say they couldn't do pre-orders because the album wasn't cleared until right before release and that depressed sales. No word on why they didn't report the numbers to HDD or Billboard. We should be getting official numbers shortly.