The Lonely Island Explains Why They Passed On RZA & J. Dilla Beats

The Lonely Island are known for their Hip Hop flavored parodies, which have accumulated billions of views on YouTube and other social media.

While they may not be playing it straight, the comedy trio of Andy Samberg, Akiva Schaffer, and Jorma Taccone still need hot beats for their projects.

Samberg and Schaffer recently stopped by Sway In The Morning to promote their movie Popstar: Never Stop Never Stopping, and during their interview they explained how they get their beats from legit producers, and have even turned down the work of some pretty legendary beat makers.

"We once got sent beats from RZA, which was crazy.” Samberg explains, “They were super, like, experimental. They were very, like, atonal and weird, and we were like, ‘We don’t know how to make this funny, but it’s dope.” Schaffer then reveals, “They sent us a Dilla beat, and we were like, ‘Oh my God, we can’t ruin a Dilla beat!’” He acknowledes, “people will hate us if we do that.”

The duo start talking beats at about the 9 minute mark.

Gunna Says Freddie Gibbs Sneaked Dissed Him, Then Asked To Collab Behind The Scenes 5 days ago / Beef Video

Did NLE Choppa Get Knocked Out By NBA YoungBoy Fan In Airport Altercation? a day ago / Video News 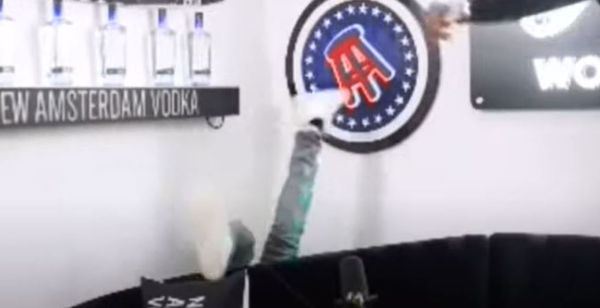