While Ja Rule has so far avoided punishment for the Fyre Fest debacle, his partner Billy McFarland is serving six years for wire fraud.

To make up for the $26 million McFarlands stole from vendors and concertgoers, the Feds are auctioning off "Fyre Festival-branded clothing and other items that were seized from Billy McFarland were originally intended to be sold at the Fyre Festival itself but were kept by McFarland, with the intent to sell the items and use the funds to commit further criminal acts while he was on pre-trial release." 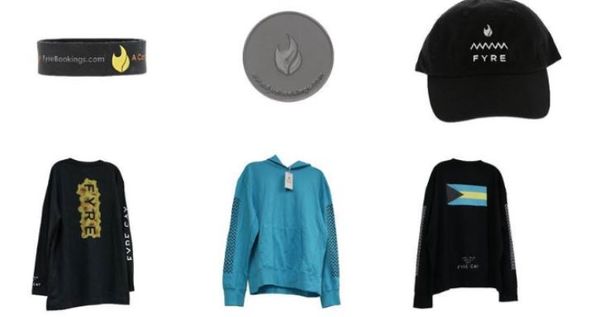 Bidding is underway through the auction house Gaston & Sheehan.

It's doubtful the sale will get anywhere close to $26 million.  Perhaps they should throw in some cheese sandwiches.

T.I. Shares Conversation He had With Tory Lanez About Megan Thee Stallion Shooting a week ago / News News

DJ Akademiks Takes Shots At Rory From Joe Budden Podcast; Mocks Him For Pulling Up 6 days ago / News News