The Game loves dropping names and isn't afraid to slut-shame a lady.

He did just that in his 2006 Kanye-featured track 'Wouldn't Get Far,' dropping these lyrics about then-video vixen Melyssa Ford.

And all these new video bitches tryin to be Melyssa Ford
But they don't know Melyssa Ford drive a Honda Accord
She a video vixen, but behind closed doors
She do whatever it take to get to the Grammy Awards, ha ha

Speaking with fellow retired video-vixen Claudia Jordan, Melyssa explained how Game didn't even get her car right and ruined her career with those bars.

TSR STAFF: Christina C! @cdelafresh ___ Listen, #MelyssaFord wants some respect thrown on her name. She might be known for her video vixen years but that doesn’t mean she was out here doing video vixen things, according to her. ___ Despite whatever reputation she may have gotten over the years, Melyssa decided to clear the air on “Out Loud” with Claudia Jordan and speak on how The Game’s song “Wouldn’t Get Far” negatively affected her career. ___ “He names like 20 girls. Nobody is remembered from that song except me in 2006,” Melyssa said. “That song destroyed my relationship because of the way people talked about me. The book just solidified that I was a whore.” ___ She also went on to make things clear that Melyssa Ford never owned a Honda Accord and she said she was actually riding around in a champagne-colored-click the link in our bio to read more. 📹: @foxsoul @claudiajordan

"Not only have I never had a Honda Accord, at the time the song came out I was driving a champagne-colored Mercedes Benz 550," she said. "Nothing rhymes with that, so the lyrics are, 'Every video girl wants to be Melyssa Ford, but what you don't know is Melyssa drives a Honda Accord, will do anything to go to the Grammy Awards.'"

"He named so many women. Gabrielle Union, Gloria Valez, Meagan Good, he names like twenty girls," Melyssa continued. "Nobody is remembered from that song except me in 2006. That song destroyed my relationship because of the way people talked about me. The [Super Head] book solidified that I was a whore. Meanwhile, I owned nothing. The activities that she did and that he was insinuating. I didn't even know Game. I only met him once when he was one of 50's G-Unit soldiers. All of this was my cross to bear and it was so difficult because no one stood up for me. No one defended me."

Melyssa said her fallout from "Wouldn't Get Far" was depression, humiliation, alcohol abuse, and a failed relationship, because the guy she was with couldn't deal with her sullied reputation. 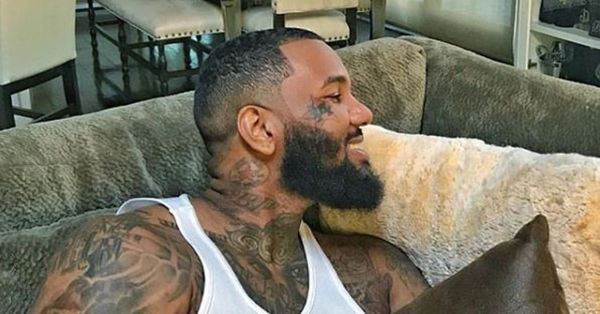