But the Feds said they didn't want it, and he will remain locked up.

In rejecting his bail, the Feds presented a photo of an assault rifle Casa posted days before he was taken to promote his song “Gripped Up” 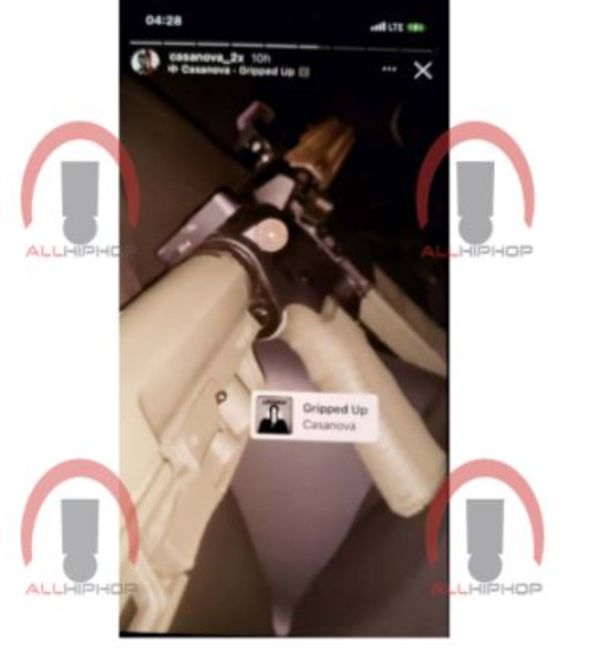 Perhaps more ominously, the Feds revealed that they had wire taped the prison cell of The United Gorilla Stone’s leader Dwight Reid. Casa's co-defendant Walter “Shells” Luster had visited Reid before he was locked up and during their chat he had blabbed about Casa firing a gun during a poker game in New York and disclosed that the rapper is always strapped.