Tekashi 6ix9ine's Says Young Thug Will Be Turned Out In Jail

Tekashi 6ix9ine is having too much fun with Gunna and Young Thug's arrest.

He's already claimed Gunna is halfway to snitching on his YSL codefendants.

Now he's suggesting that Young Thug will be a sexual gift to the other inmates at the Fulton County Jail.

6ix9ine posted evidence to back up this claim on IG Stories. 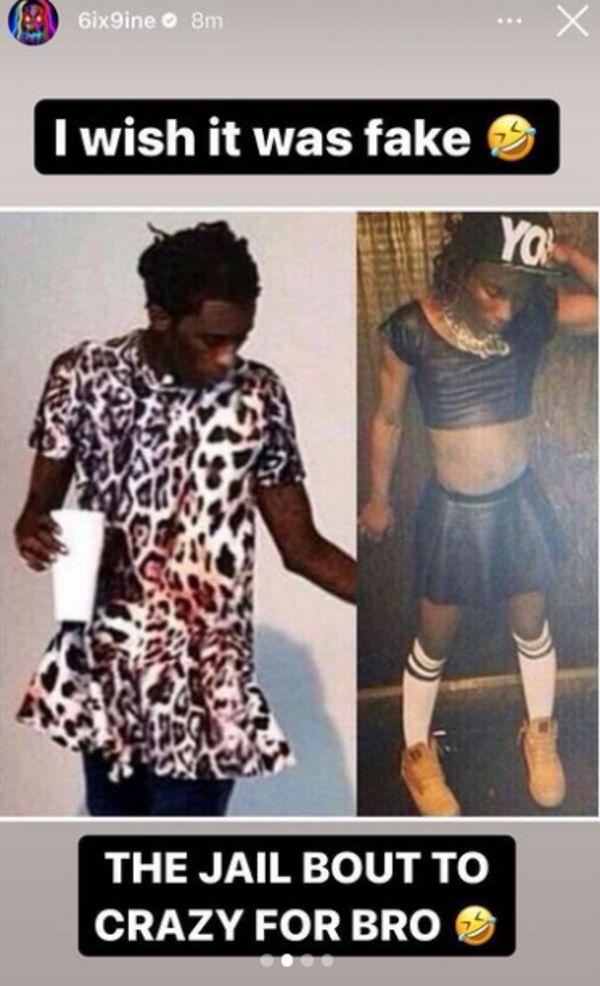 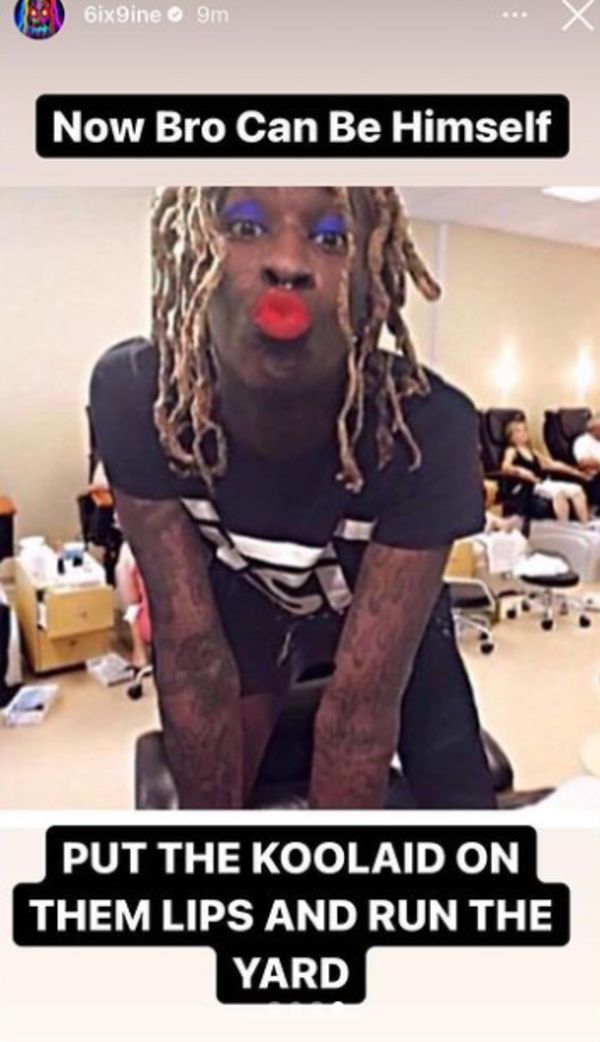 "Now Bro Can Be Himself," 6ix9ine captioned a photo of Thugger wearing lipstick.  "PUT THE KOOLAIDON THEM IPS AND RUN THE YARD."

Despite his gender-bending antics, Thugger is not a homosexual.

Do you think Thug is going to have a rough time in jail?  He's been denied bail so he could be there for a while.

Tekashi 6ix9ine Attacks DJ For Not Playing his songs; Gets Beat By Crowd 3 days ago / News