Tekashi 6ix9ine is quite fond of using Pooh Shiesty's track "Back In Blood" when he mocks other rappers like Meek Mill.

But don't confuse that for a soft spot for Pooh Shiesty.

6ix9ine responded most disrespectfully when Pooh made some anti-snitch comments, bringing up Pooh's brother who died of brain cancer last week. 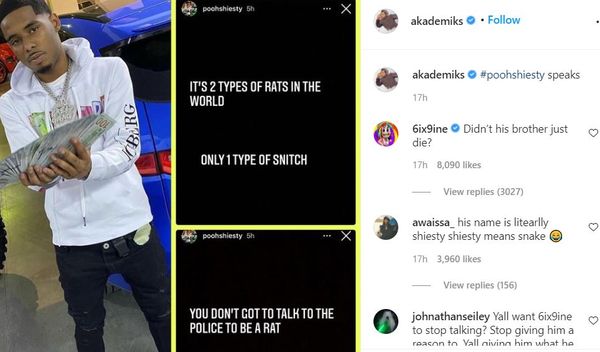 6ix9ine has been doing a lot of disrespecting the dead lately.  Does karma catch up with Snitch9 or does karma appreciate the kind of subversive performance art Tekashi brings to the masses?

The Game Trolls Eminem Through Hailie 5 days ago / Beef